Even the weirdest look cute at times ☺️

We consider ourself very lucky to have the rarely seen aye-aye in the MFL Rainforest Reserve.

The Aye Aye (Daubentonia madagascariensis) is one of he worlds most endangered animal species. In has been listet as one of the 25 most endangered primates in the world (Randimbiharinirina er al. 2017, 2019). The estimated population size is between 1000 and 10.000 individuals.

🐿 It is not only the largest nocturnal primate in the world but is also one of the most unique and is in fact so strange in appearance, that it was thought to be a large species of squirrel when it was first discovered.

In the mid 1800s the Aye Aye was finally recognised as being a species of Lemur but was classified in a group of its own as their closest Lemur relatives remain a mystery even today.

These incredibly unique animals are severely threatened throughout much of their natural habitat, primarily due to them being killed by local people who believe that seeing an Aye Aye is bad luck.

Although the current population trend is decreasing, good news is that the numbers of aye aye overall has risen since the 1980 and if we can save and protect their habitat we can save the species. 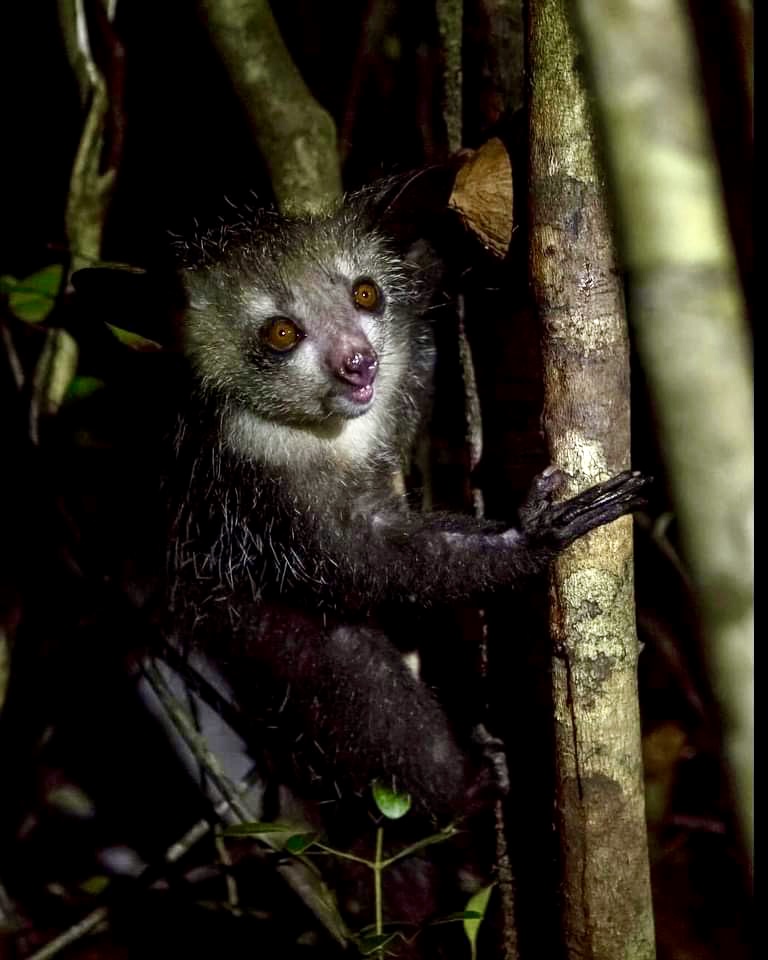